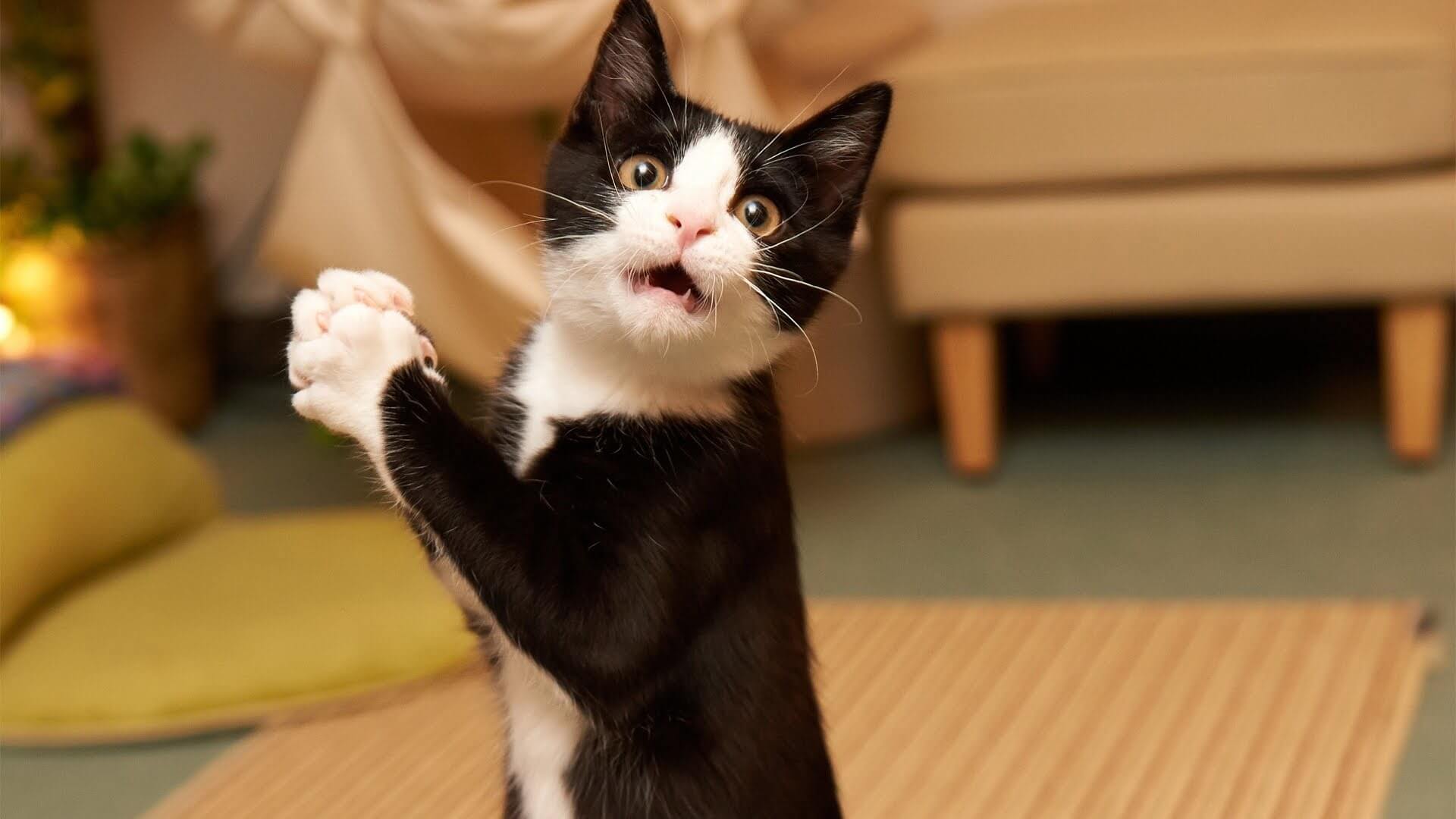 A common misconception with cats is that they can’t be trained with verbal commands like dogs. More and more cat owners are realizing this isn’t true. You can teach a cat to sit, beg, speak, fetch, and give paw quiet easily but keep in mind, they learn much better by a sight and sound method. Having one cat who knows how to give paw can easily help teach another cat entirely new to the concept in as little as a few days. You give the verbal cue to the trained cat and then to the untrained cat with a reward. They learn rather quickly and in some cases, much faster than dogs!

If you have a dog who knows basic commands which you reward with treats, do it in front of your cat. Some cats will begin to mimic the behavior to get a reward for themselves!

What About Telling a Cat “No!”?

When you are giving a verbal command to show your displeasure with something your cat is doing, they aren’t entirely sure why you are upset. Where dogs will learn, understand, and remember your displeasure in their own actions, cats do not go through this process. Cats will listen to the pitch of your voice and the level of it and usually associate “loud voice” as being angry. Instead of not doing the displeasing action you want them to stop, they will simply do it when you are not around. Some cats will stop all together here but many will continue the behavior behind your back. They are by all means understanding you don’t want them to do something when you shout “No!” which is why most will run away but you can’t train most cats to not do something by getting loud and angry.

How Do You Stop Bad Behavior?

If a cat jumps on the counter, the table, or any other surface and you do not want them to, after a while they won’t do it anymore – at least not in front of you! Simply shouting “No!” over and over again won’t make them fully understand what they are doing wrong but rather just associate the behavior with you directly therefor not doing it when you are present. The key isn’t to get your cat to understand you but for you to better understand your cat. Why does your cat want to be on the surface you wish them not to be? Are they associating it with something pleasing? You can apply this to all bad behavior to better understand the situation.

In order to get these bad behaviors to stop, you must first understand why they are happening and offer an alternative. If a cat has a space in the window, they will likely not jump on the counter to access the kitchen window. If your cat has its own scratching pads, poles, or other surfaces, they likely won’t use your furniture. If they still do, you can train them to use their own objects instead by offering a reward of food or catnip.

Yes, but only in your own association and displeasure in their action. In order to get them to listen to your verbal displeasure, you have to give them a reason to want to stop the action by understanding what they are doing and giving them what they want or need elsewhere. Always remember that many “bad behaviors” cats present us with are part of what makes them cats. They are instinctive behaviors. To punish them for being a cat just won’t make sense to them!